Down the memory lane: Andrija Delibasic on his Partizan days Andrija Delibasic spent eight years at Partizan, amassing 182 appearances and scoring 102 goals, including three goals in club`s UCL 2003-04 season. Placing club`s interest ahead of his own, he moved to Mallorca in 2004 but returned to win a double with Partizan in 2017 as a coaching assistant to Marko Nikolic. Delibasic is now part of FK Buducnost Podgorica coaching team.

We spoke to former Partizan forward who turns 40 today.

How do you remember your time at Partizan?

“It was the most important and most beautiful part of my life. I matured at Humska Rd, met my best man to be Danko Lazovic and gained number of precious friends. So many lovely things, funny and beautiful moments happened to me here” – said Andrija Delibasic.

Can you go back to some of those moments?

“I remember Eternal derby home game when we won 2-1 with goals from Sasa Ilic and Ivica Iliev while Radovan Radakovic saved the penalty. I was young, 20 years of age, only got my driving licence and was about to buy my first car, it was Volkswagen Golf 4 I remember. At the time, you would get bonus payments at the club after a certain cycle of games and we needed a win over our bitter rivals to get around 10 thousand Deutsche Marks each. I remember the scene quite well – Danko Lazovic and myself are on the bench when Iliev scores winning goal and two of us went mad. Do you remember when Lazovic scored bicycle-kick goal against Sporting Lisboa? Well, night before the game he told me he was going to do something big. I didn`t know what he was going to do, but I was sure it was going to be something everyone will remember. You can see highlights of the game when Lazovic runs towards me after he scored”.

What do you remember from Partizan 2003-04 UCL season?

“Lots of things but let me single out two, starting from Newcastle qualifier. Not many believed we can go through, including people from the club`s board. But, we were so relaxed about it, night before the game we tell jokes and laugh loudly at the hotel lobby, as if we won first leg 10-0. Somehow, we had a good feeling about it and it proved right. Another thing I remember was from summer training camp in Switzerland”.

Let us have a wild guess, it involves Taribo West?

“No, it`s about boss Lothar Matthaus. We played and won a friendly against Lugano and upon our return to the hotel Matthaus told us all to come to the hotel bar and have a beer, he actually insisted. He also told us it`s not a problem if some of us want to stay a little longer and few of us stayed down there up to the early hours. There was a lake next to the hotel and someone suggested we go for a swim and there we are, 4am, jumping into the lake while Lothar stood there laughing and watching it all. There you go – 4am swim after the night in a hotel bar and we reached Champions League month-and-a-half later. It was Lothar`s idea to get us relaxed and to create a team spirit”.

So, you remember good stuff only from that season?

“Unfortunately, there were bad things as well. Namely, second booking in Marseille, the one for diving. That was the season bookings for diving were introduced and I was young and inexperienced, allowing myself to be sent-off. As a result, I missed Real Madrid away and I had to watch it on telly. That was the worst punishment I could get. Moreover, I needed stitches after I was kicked in the head during Real Madrid home game”.

Who was the culprit?

“It was Ivan Helguera. He kicked me so hard I needed eight stitches. But, that was not the real problem, these things happen. The thing is, out of 180 minutes against Real Madrid I played only 45. After that sending-off in France, I was ashamed to go out on a street for 10 days”.

You were truly ashamed?

“I can`t forgive that second booking to myself and it took Partizan fans some 10 days to get over it. Nowadays, you can miss a 90th minute penalty and go out in the evening. Back then, I was insulted everywhere I went. I walked around centre of Belgrade and people would throw insults at me. It all calmed down when I scored the next goal”.

How many times did you watch that Marseille away game?

“Never! I don`t think I`ll ever go back to it. There are some games you simply have no strength to watch. My 12-year old son cried his heart out when Partizan lost to AZ Alkmaar on Europa League two years ago and he never watched it again. I never watched that unfortunate CL qualifier against Artmedia in 2005 as well. Not even the highlights”.

You just couldn`t watch it?

“I was on loan to Braga and I didn`t have the opportunity to watch it. I was on the phone with Bojan Brnovic during penalty shoot-out and he was telling me what`s going on in real time. I heard all the crowd noise as if I was there and then Brnovic`s brother Nenad took that last penalty and it was silence. You could hear nothing, the phone line broke and I knew we simply failed to reach CL”.

When will we see you again? 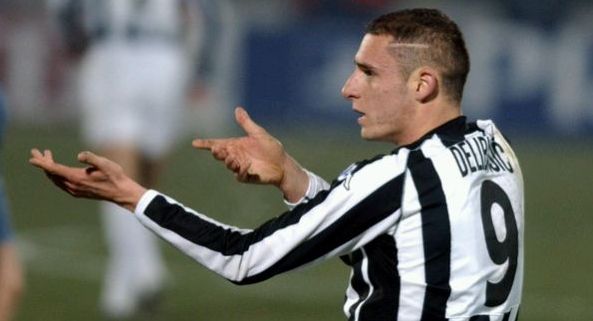 “Kind of both. I said before it`s my desire to take over Partizan at some point and that`s my aim. It`s just that it`s not the right time for me. I just finished my professional coaching licence school and I`m doing my dissertation with great help from Marko Nikolic. Above all, I`m honoured he called me up to be his assistant at Partizan for two season. He also enabled me to visit Lokomotiv Moscow and these experiences can help my dissertation greatly. Nikolic and his assistants at Lokomotiv  -Radoje Smiljanic and Goran Basaric – were so hospitable, they presented me with opportunity to advance and I learned, among other things, how professional they are”.

Did you attend Lokomotiv games?

“Of course I did. They created a functional system there and after initial disapproval, fans love them now. They gained supporters trust with hard work and results”.

“That would be good. It all depends on my duties at Buducnost but I keep promising my son I`ll bring him to Humska Rd. It would be nice to do it now. We shall see”.

Invitation is there. It`s all up to you now.

“Thank you so much. I miss Partizan games. Back in the playing days, as soon as I land at Belgrade Airport, I buy couple of bottles from Free Shop and I go straight to Humska Rd to see former Partizan General Secretary Zarko Zecevic and Sports Director Nenad Bjekovic. We sit down and talk about everything. Even to this day, when I`m in Belgrade for personal reasons, I always try to get here timely so I can watch Partizan”.