Jojic and Miletic after AC Sparta away Partizan won Czechs Sparta 1-0 away in a first leg of UEFA ECL play-off stage tie. We spoke to Milos Jojic and Nemanja Miletic after the game.

“We knew before the game they were excellent runners, a team looking for depth and always ready to tackle. But, we were the one to score, had better opportunities ourselves and deserved to win. We could have scored at least one more but we have no time to dwell on that, new challenges are coming”, said midfielder Milos Jojic.

“We had a team spirit all the way through and that`s the most important bit in our win. There was lots of fighting spirit, sparks and tackles. Of course, you can always do better but this is what it is”, added 29-year-old. 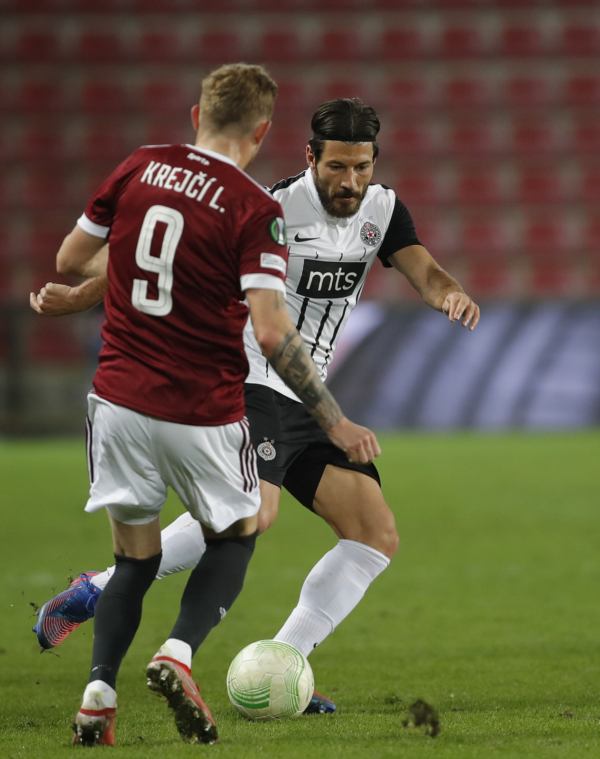 You had a clear-cut opportunity late in the game.

“Exactly. Ball was going away from me, I chased it and hit it with a top of my boot but it turned out it wasn`t the best of decision as keeper was too close”.

You have a domestic league game in less than 72 hours followed by UEFA ECL return leg. It`s a quite congested fixture list.

“We move forward game by game but it`s a fact we had a great start after the winter break. It will be extremely tough on Sunday against Radnicki KG, they have nothing to lose. They also have a new gaffer and he will try to shake them a bit but I believe in us winning. We don`t think about upcoming games too much, just the next one in line. We stayed at our sports centre overnight and now we are solely focused on Sunday`s match”, said Jojic. 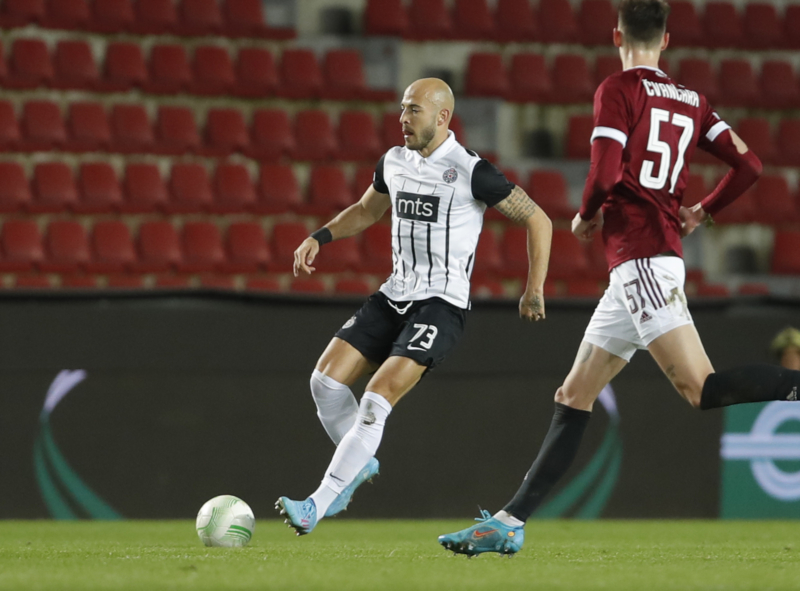 Centre-back Nemanja Miletic kept a clean sheet and played really good, especially in the second half.

“First half of this tie is finished and we are all thrilled with the positive outcome. It was a tough encounter, Sparta is good and fast team. I think we showed character all the way through and that`s what you need in every game, to start with, both in Europe and domestically. The match itself was not so pretty to watch but each player did their best I think we have a good chance to qualify for the next round, in front of our fans in a week`s time”, said 31-year-old.

You were paired at the back with Igor Vujacic.

“We know each other well, that`s why we blended nice and easy. We have a great relationship on and off the pitch”.

Next game is on Sunday, not much time for rest and match preparation.

“When we talk about domestic games, there are no excuses. Each one is the matter of life and death and that`s how it`s going to be until the very end of the season”, said Miletic.