Jojic and Ricardo after the Mladost game 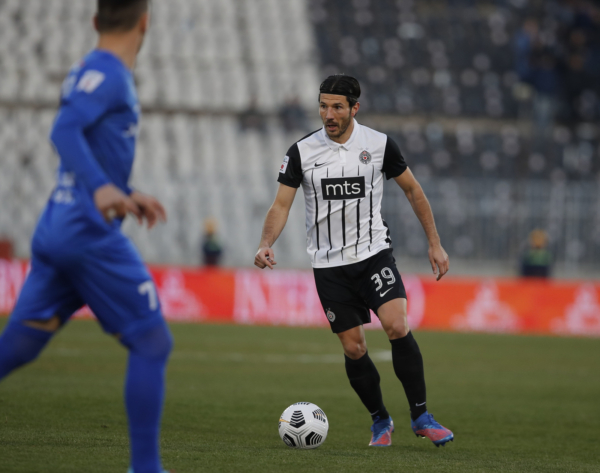 “At the end of the day, we won three points which was our aim. We knew it was going to be extremely hard game after the derby weekend, as we were mentally and emotionally wasted, but we controlled the game and scored late first half goal to make things easier. We doubled the lead early in the second half and we entered the kind of a mad period in the last 10 minutes of the game, Mladost scored and missed a clear-cut opportunity in the next attack. Lack of communication almost led to us dropping two points in a space of one minute. I`ll say it again, we achieved our aim and won three points, that`s what matters”, said Jojic.

Was it a good warning for upcoming games, never to lose focus until the final whistle?

“Of course it was. This is not the first time we had this, although it wasn`t many situations like it. Football is unpredictable game and a bit of sloppiness can easily be punished. Therefore, we should be happy and pleased after one such game as we achieved our aim and kept our lead”.

You are leading the assist list and equaled Menig regarding the number of goals scored now.

“I don`t know about goal stats compared to other players, but I know how many goals I assisted to. I always place team above personal success, as when the team plays well, when we win, when we score many goals, then many of us will get on a scoresheet or get to assist. I have to thank my teammates, we played well domestically and in Europe this season, scored a lot and conceded low number of goals. I did assist a lot and scored quite a few but there`s lots of games left to play and I have my targets for the end of the season, as any player does. But, our joint aim is to win the title”, said 29-year old midfielder.

It was a chilly afternoon but the support from the stands was there.

“It was cold today, both on the green and on the stands. I`d like to thank people who came down today for their support. The numbers were not as great as on a previous home game but every man means a lot to us and I`d like to thank our fans again and to invite them to always be there and push us forward. Point margin at the top is just two points now with lots of games remaining. But, with help of our supporters, it will be easier for us to keep the top spot”.

“They are one uncomfortable side who restarted the season with three straight defeats. I watched their game against Proleter when they won it 3-0 and they were dominant against one uncomfortable opposition away, kept attacking and could have scored more. Therefore, it will be an extremely tough encounter for us. I`m suspended for that one due to a multiple bookings but I`ll be with the team as a support”, said Jojic. 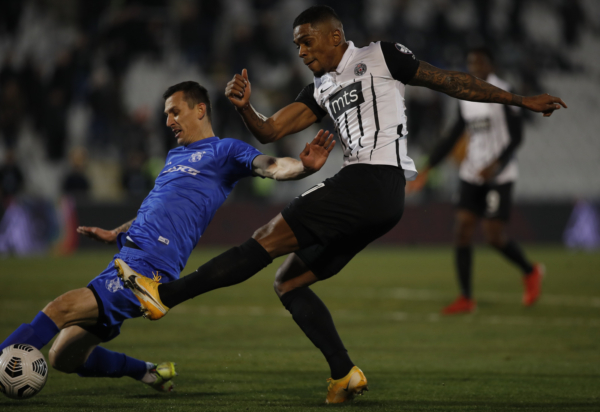 “The game was difficult and I think it had nothing to do with the derby we played last weekend. Mladost was strong, they ran a lot, they wre marking us closely in the box and it was hard to come in. But, I think we controlled the game from the first half, we missed a lot of chances and in the end we conceded a goal and the final minute of the game was how it was. But, I think we deserved to win and we could have scored more if we didn`t miss so many chances.

This is the reason why we have to keep focus 90 minutes because we know the game finishes with the final whistle and we can concede or score in any minute of the game. In this one, we were close to concede another one in the end but we finished the game and it time to take some rest now before the weekend`s match.

Spartak is one more strong game, we expect them to trouble us like Mladost did today, they will run a lot for sure. We just have to think to recover ourselves and to get ready for that game”, said Ricardo.