Partizan youngsters Milovanovic and Jovic after the Novi Pazar win Partizan youth academy graduates, Milovanovic and Jovic, came in after the goalless first half to score a goal each and secure Partizan 2-0 win over Novi Pazar.

Milovanovic headed the ball into the net on 50 and Jovic scored from the spot 8 minutes later. 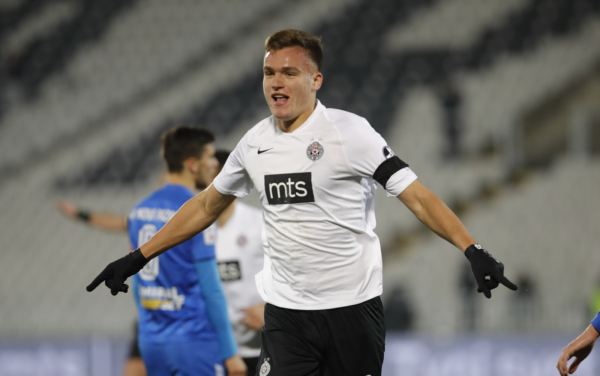 “My heading abilities were quite good in all of my years with Partizan youths, I was the only one scoring headers in almost every youth game and all my coaches recognized and underlined my heading skills. However, stats say I score equal number of goals with both my feet, in all possible ways. Besides scoring, what matters is good and useful team performance and eventual win”, said 18-year-old forward Milovanovic.

Nemanja Jovic doubled Partizan lead from the spot just before the hour mark.

“We knew it was going to be hard. Novi Pazar is a firm side with good players. But, we were focused and won three points at the end. Thank God,  I`m back from injury now and I`ll try to improve my form and help the team as much as I can. I knew I was going to be the penalty-taker if the one happens, I practiced shots from the spot during training sessions. I was focused and the ball ended in the net. I`m glad Marko and myself scored in this win, it means a lot to both of us”, said 19-year-old winger Jovic. 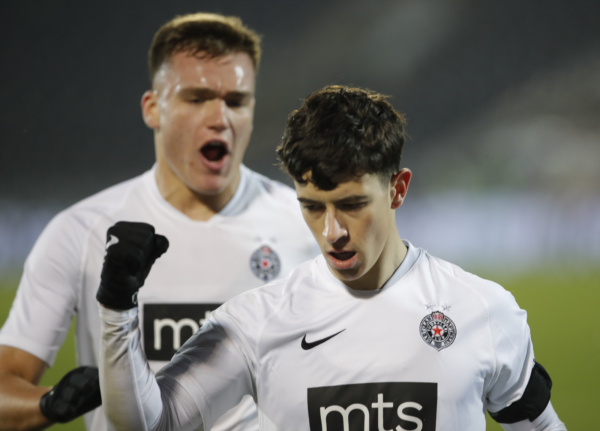 “I took penalties in Partizan youths but this is my first time at seniors and I`m proud of it.  I practiced a lot, tried to contribute during training sessions as much as I can and I believe this is why this penalty-taker decision was made”, said Jovic.

Despite all the praise he has for Natcho, Partizan young gun underlines he`s not copying seasoned Israeli`s penalty-kick style.

“I am paying attention to these things that much. But, I can only praise Natcho for everything he does! He is one phenomenal player”, said Jovic.

“I did it in respect to Miletic. We talked about goal celebration on the bench during the first half and he showed me how to do it, he said I should show this warrior sign if I score”.

Partizan plays home against Anorthosis on Thursday, a final UEFA Conference group stage game. Jovic assisted in a corresponding fixture away in Cyprus.

“I`m sure we`ll win. We are now turning to Anorthosis game and we all know how much it means to us. We`ll go out and do our best to come out as winners. I would be over the moon if I achieve another assist, I`ll do my best to do it again”, said Jovic.